Côté Gamers offers you an exceptional book about the famous LucasArts company!

ATTENTION: THIS BOOK IS NOT YET AVAILABLE IN ENGLISH BUT A TRANSLATION IS PLANNED FOR 2022. THE IMAGES BELOW ARE NOT CORRECTED AND ARE JUST SHOWN AS AN EXAMPLE OF THE FINAL RESULT.

DO NOT HESITATE TO CONTACT US TO EXPRESS YOUR INTEREST. THIS HELPS US TO FINALIZE THE ENGLISH EDITION.

Whether you are a fan of Star Wars, point & click, or even video games as a whole, it seems impossible not to know LucasArts, even if only by name! Côté Gamers offers you an ambitious project with LucasArts: The Chronicles.

Written by Emmanuel Babarit, co-author of Flashback '90, whose entire childhood was rocked by the studio's productions, this two-volume book proposes to revisit the history of this company created in the early 80s, until its closure in 2013. In order to best relate these exciting events, the choice was made to closely interweave the key episodes of the life of Lucasfilm Games/LucasArts with those that shook up the video game industry. How did the studio live through the crash of 1983? How did it handle the emergence of the CD-ROM? How did it negotiate the transition to the third dimension, and, more generally, all the technological evolutions that took place throughout its three decades of existence? In the end, it's a whole part of the history of video games that we are offering you to discover through the prism of LucasArts, with a host of incredible anecdotes and an astronomical quantity of documents from the era, some of which are still completely unpublished and revealed exclusively in this book!

Such a thing was only possible thanks to the collaboration and availability of important characters of the studio in its early days. You will also find interviews with key players in the company who were kind enough to give us detailed answers to all the questions asked, without the slightest trace of tongue-in-cheek. Gary Winnick, David Fox, Noah Falstein, Steve Purcell, Peter Langston, and even Jason Court are not for nothing in the completeness of this book and in the thrill of pleasure that its author felt while writing it, and that you will certainly feel while reading it too!

To produce a book about such a studio without mentioning its games would have been heresy. We have therefore tried to deal with each of them in a complete game library, from those that benefited from the smallest involvement of LucasArts in an advisory role to those nuggets that were entirely made by LucasArts and that contributed greatly to its fame. To do this, we have set no limits and each article dealing with a game has been spread over the number of pages necessary to cover all its aspects, sometimes exceeding ten pages for the densest of them. The other side of the story was not forgotten, as we also felt it was important to cover the titles from the Lucas Learning subsidiary dedicated to educational games, as well as many game projects that were eventually canceled. Did you know, for example, that a flight simulator featuring a cockpit and developed in collaboration with Hughes Aircraft was planned in the 90s? You'll discover it in The Chronicles, along with so many other gems to come that unfortunately never saw the light of day...

All this, and much more, will be revealed to you in this book that deftly moves between encyclopedia, nostalgia, discovery, and passion. 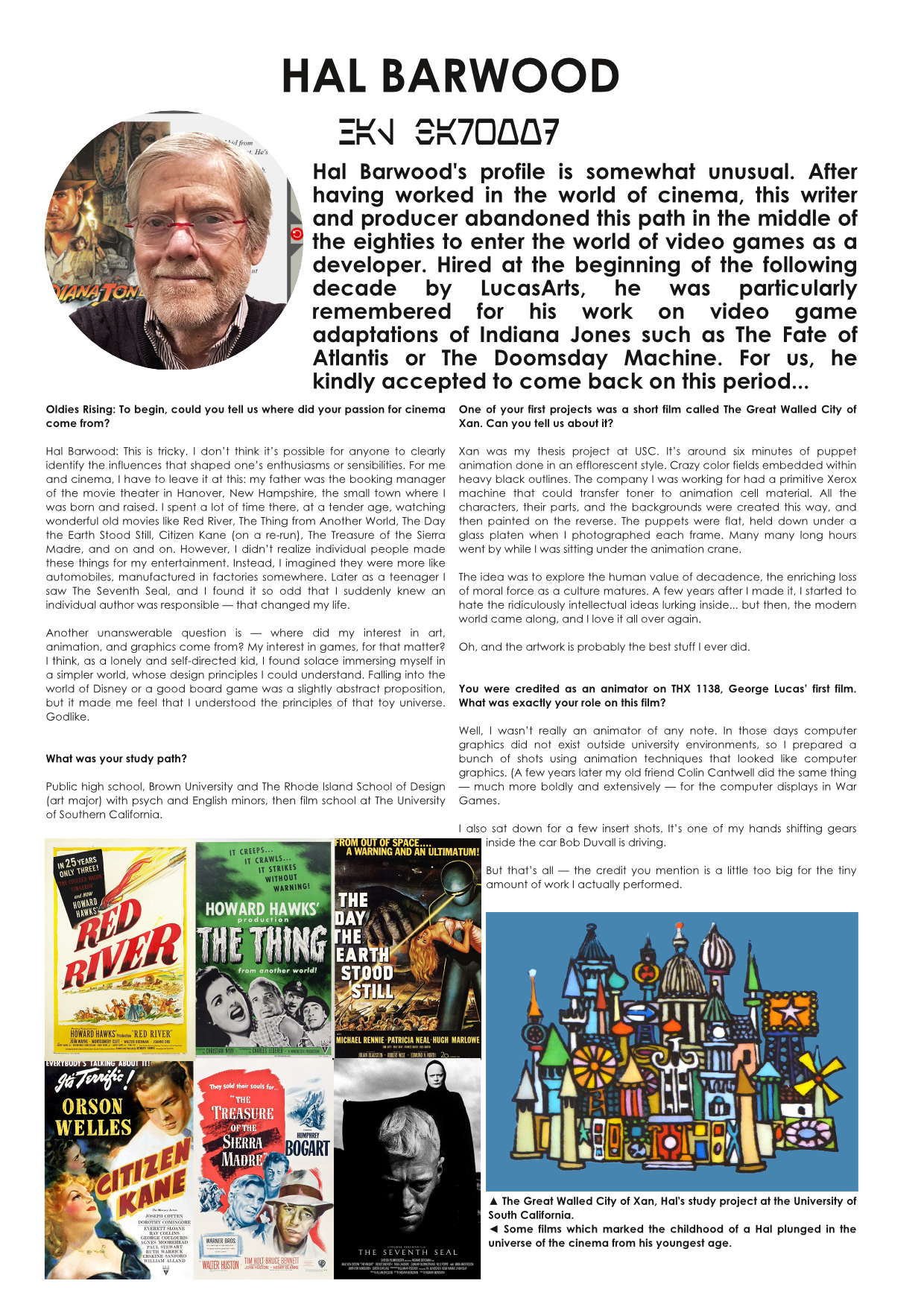 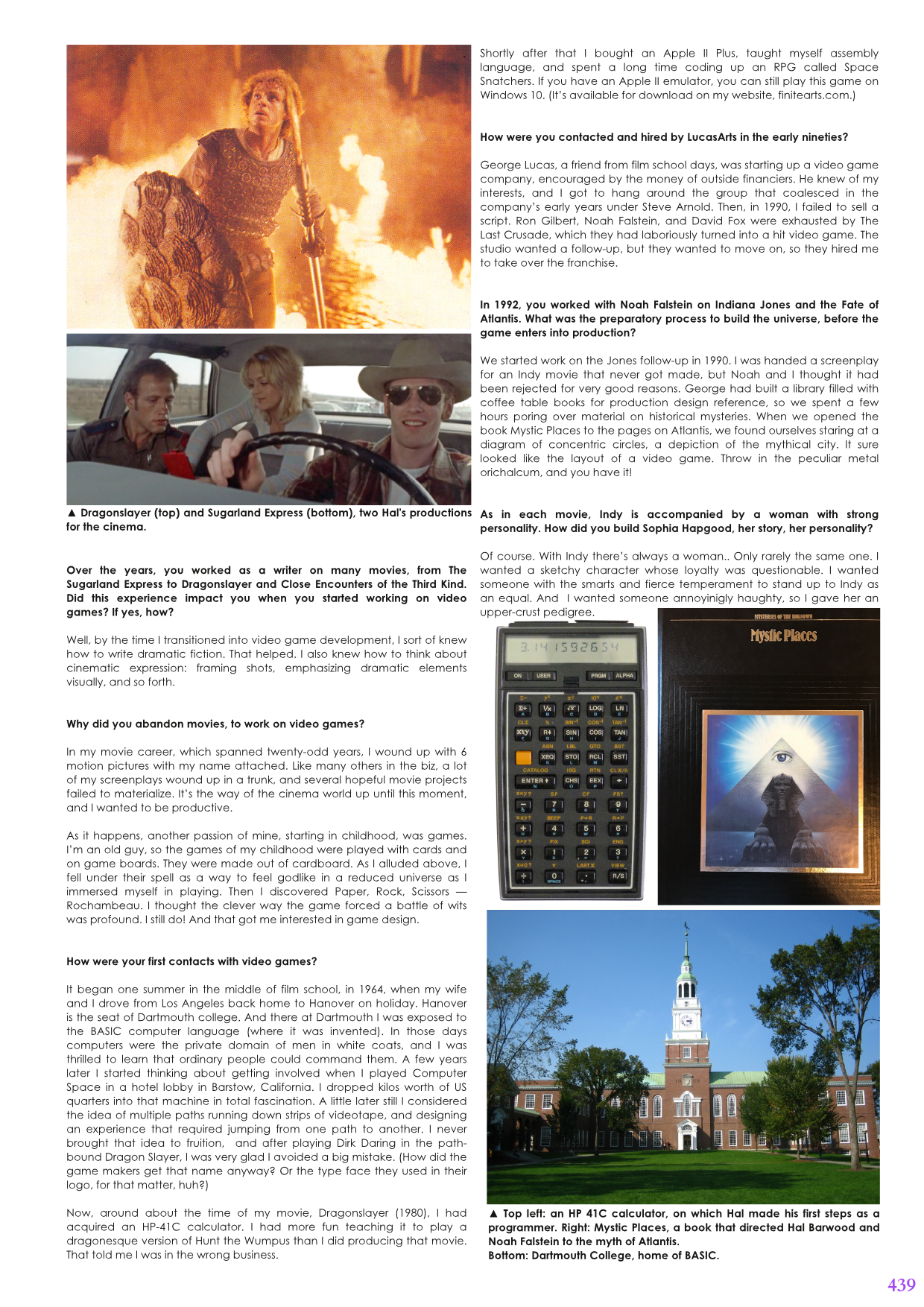 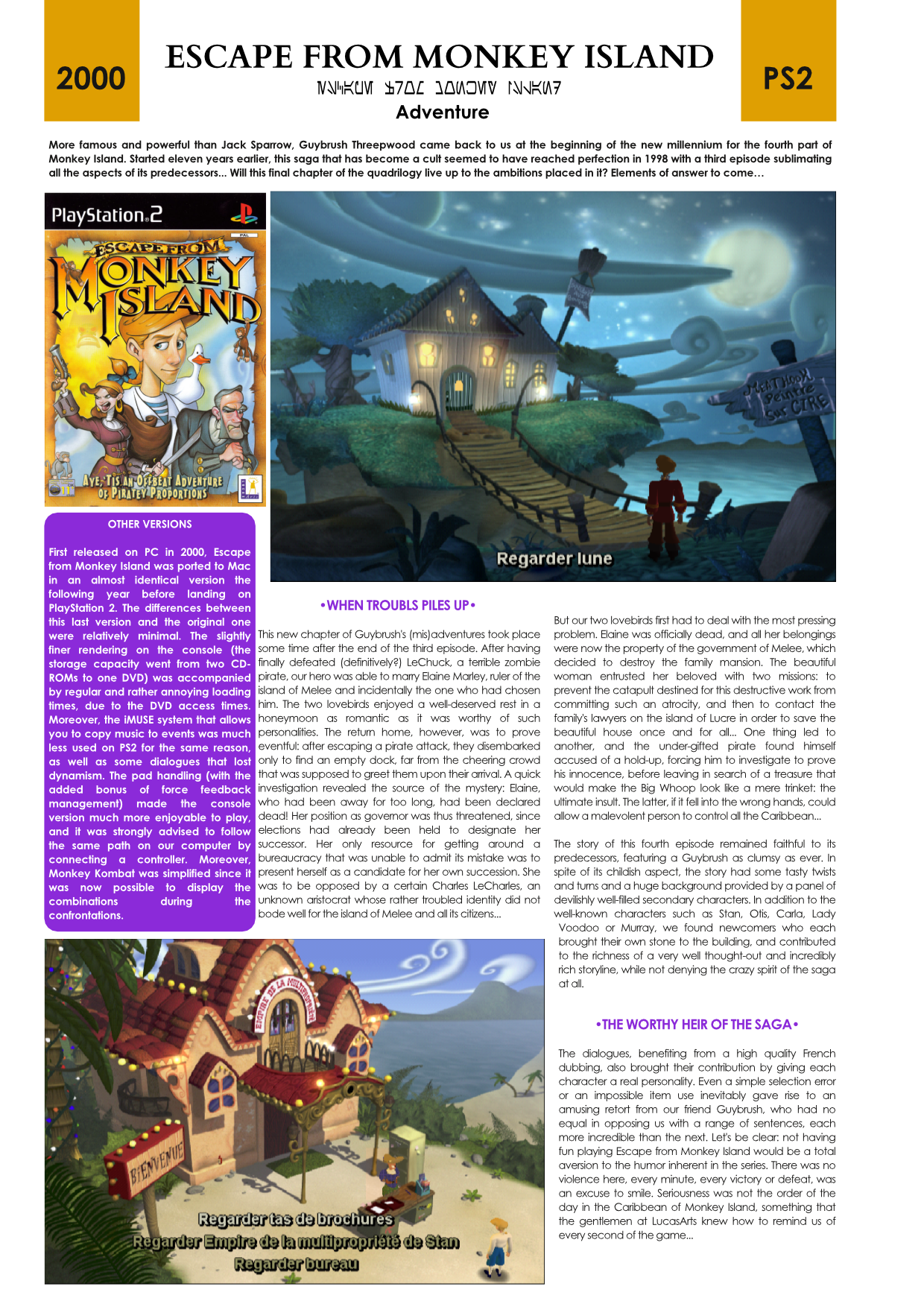 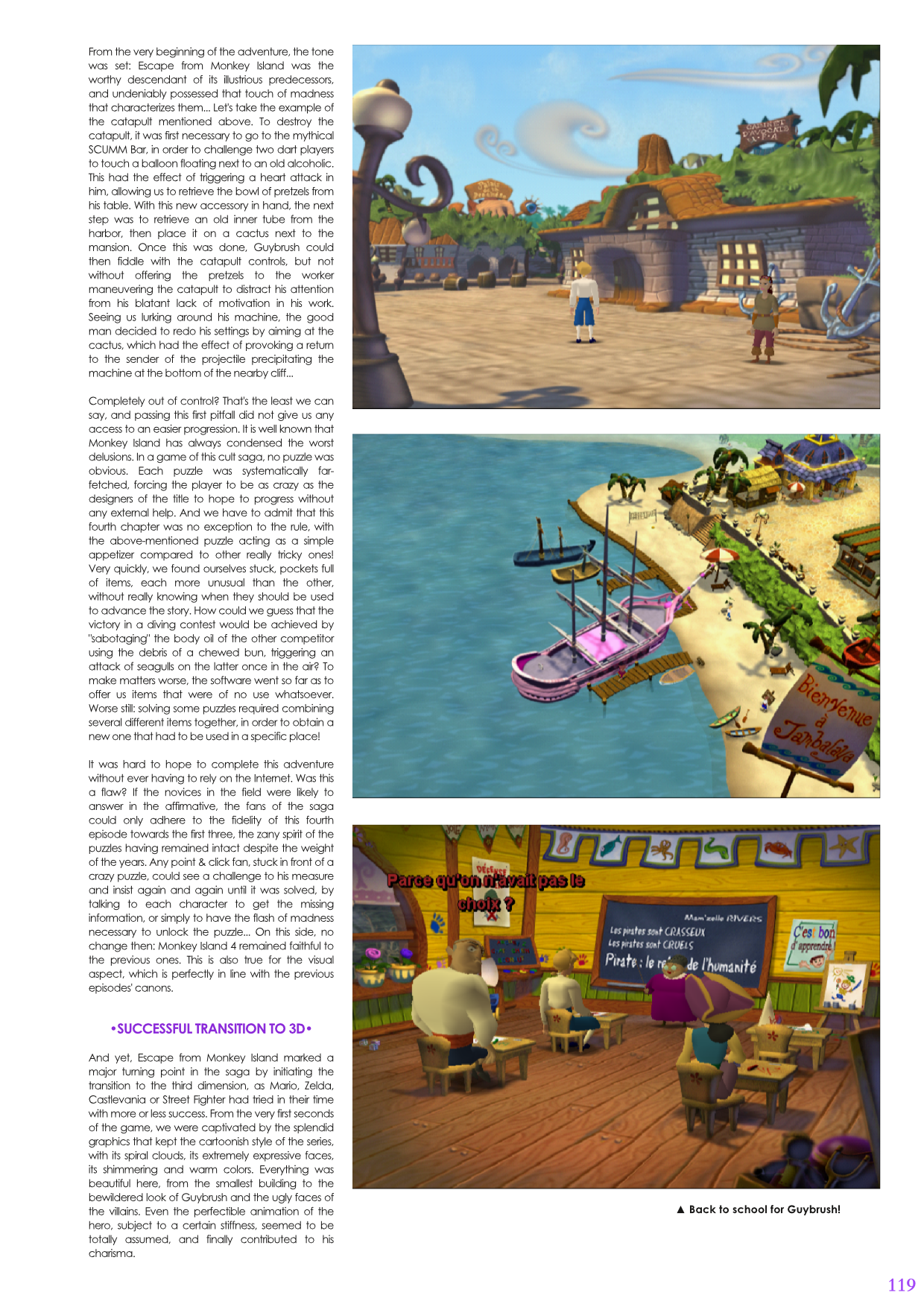 Right-click on any image below and select "View Image" to read the excerpts. 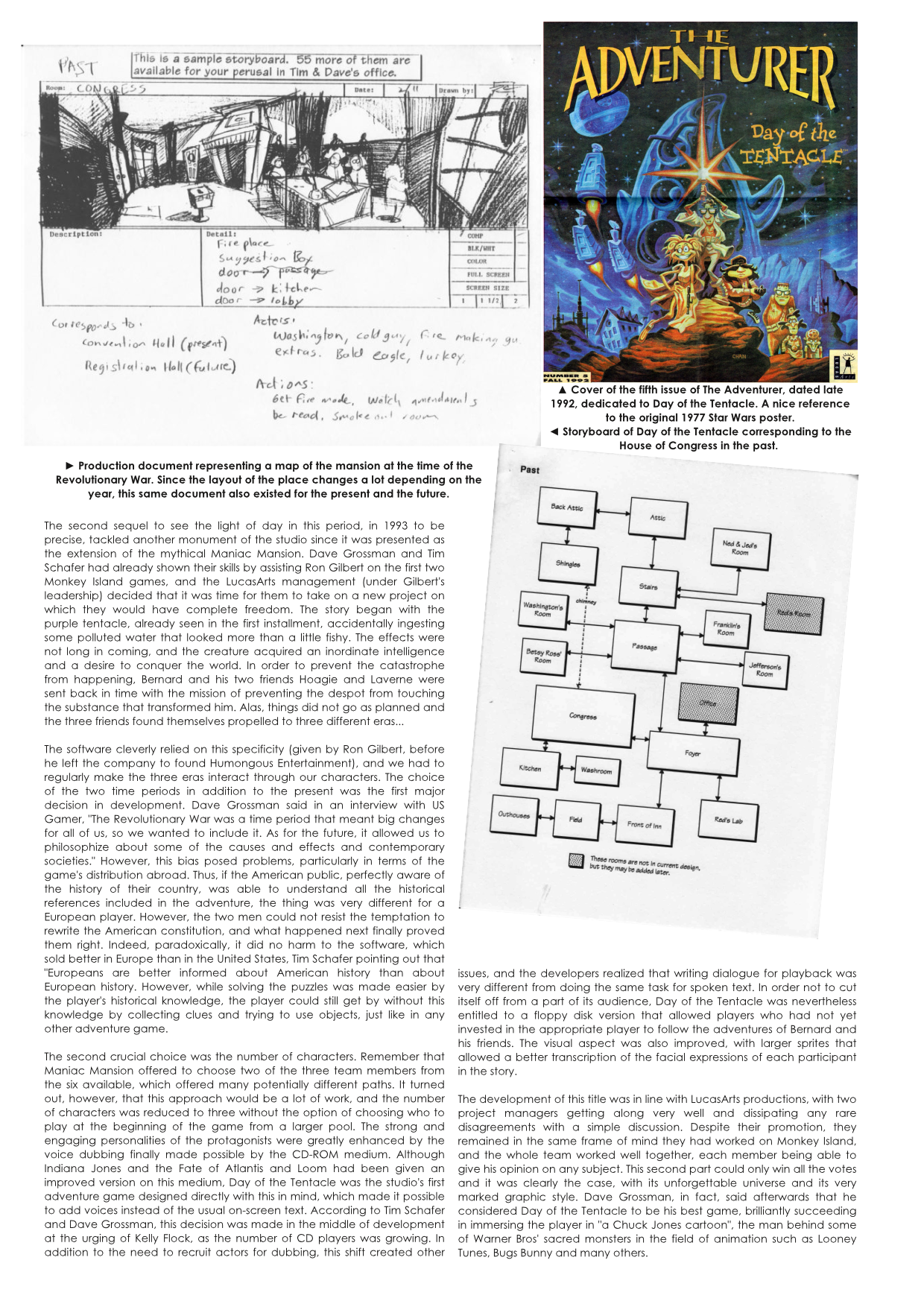 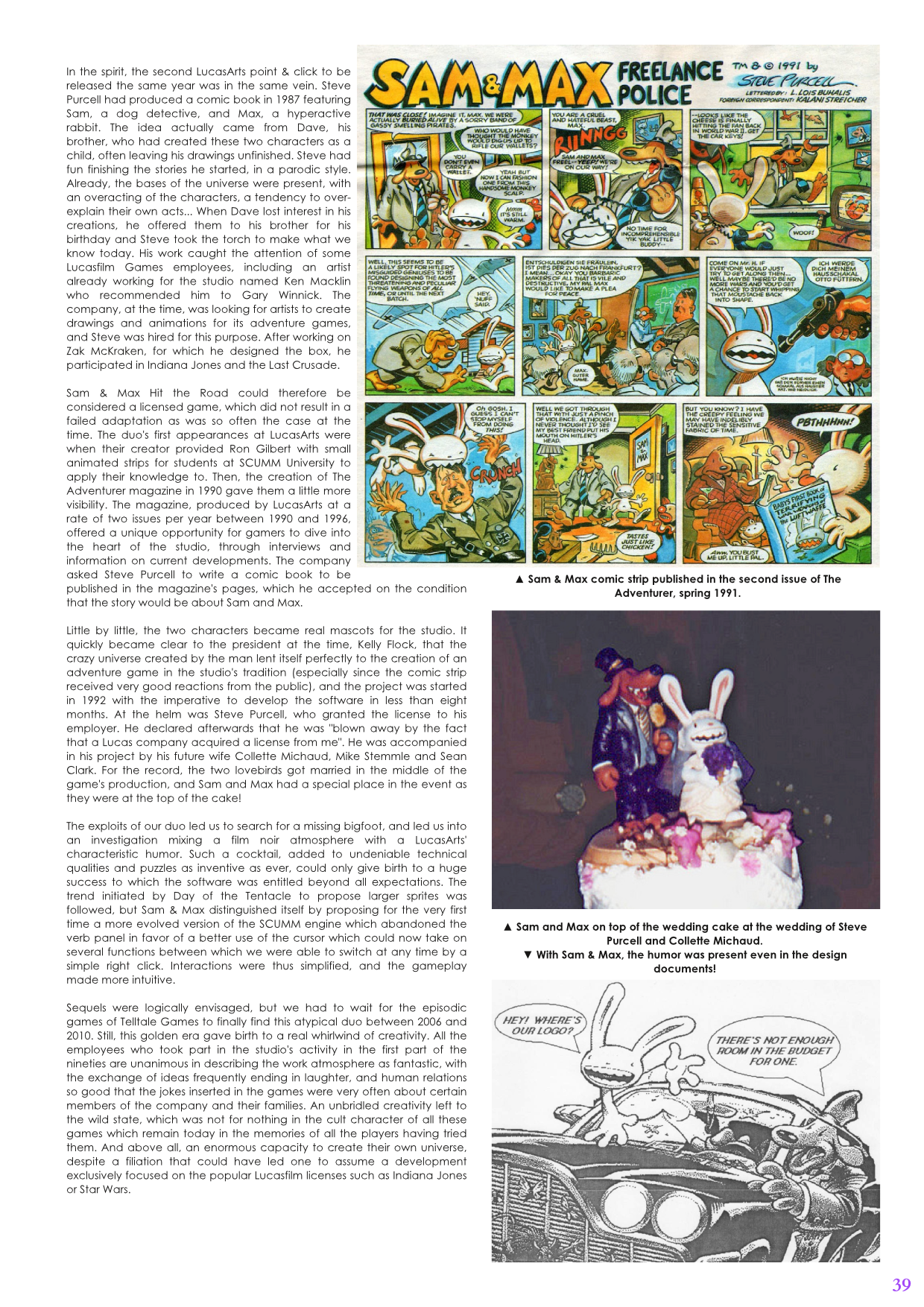 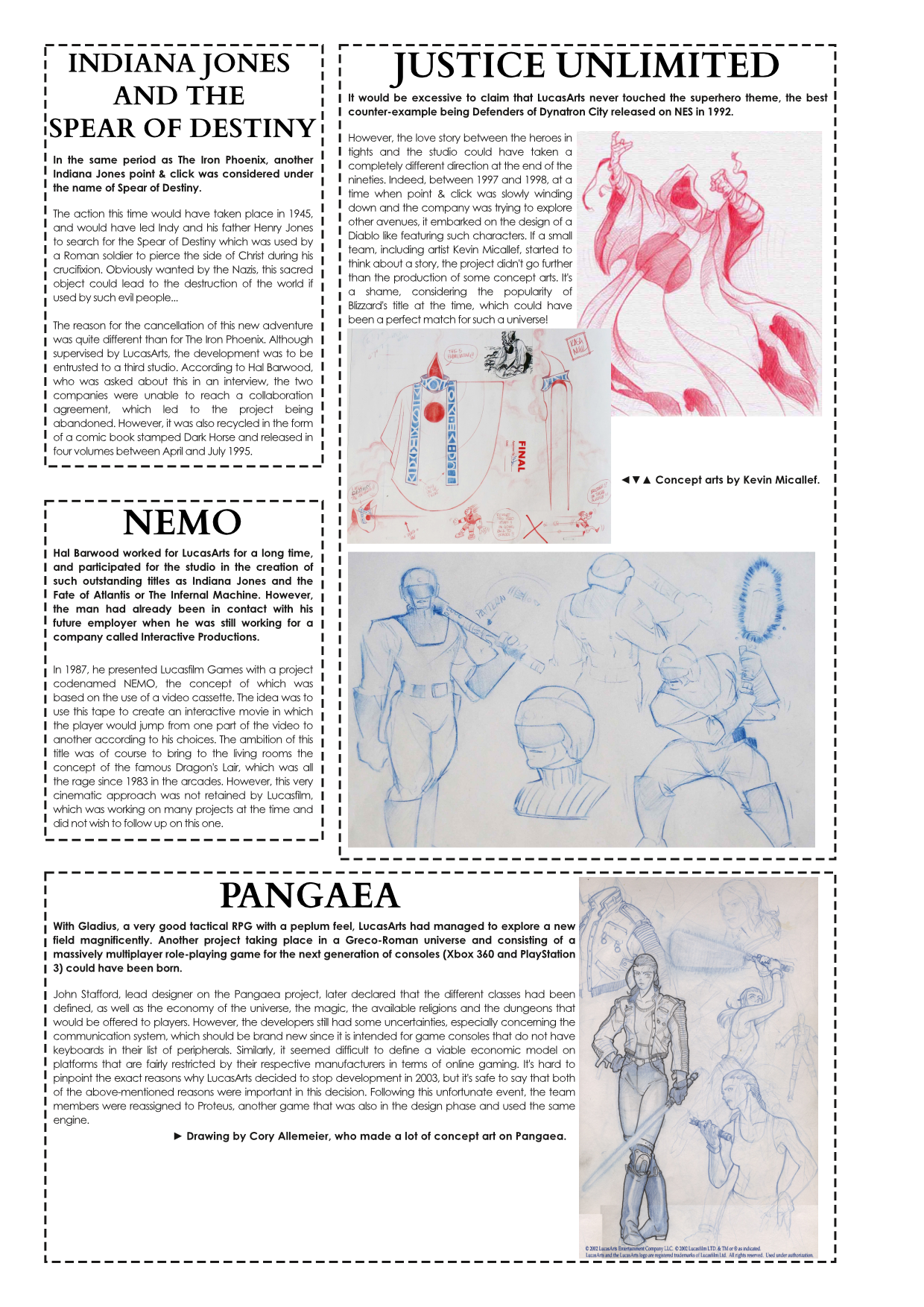 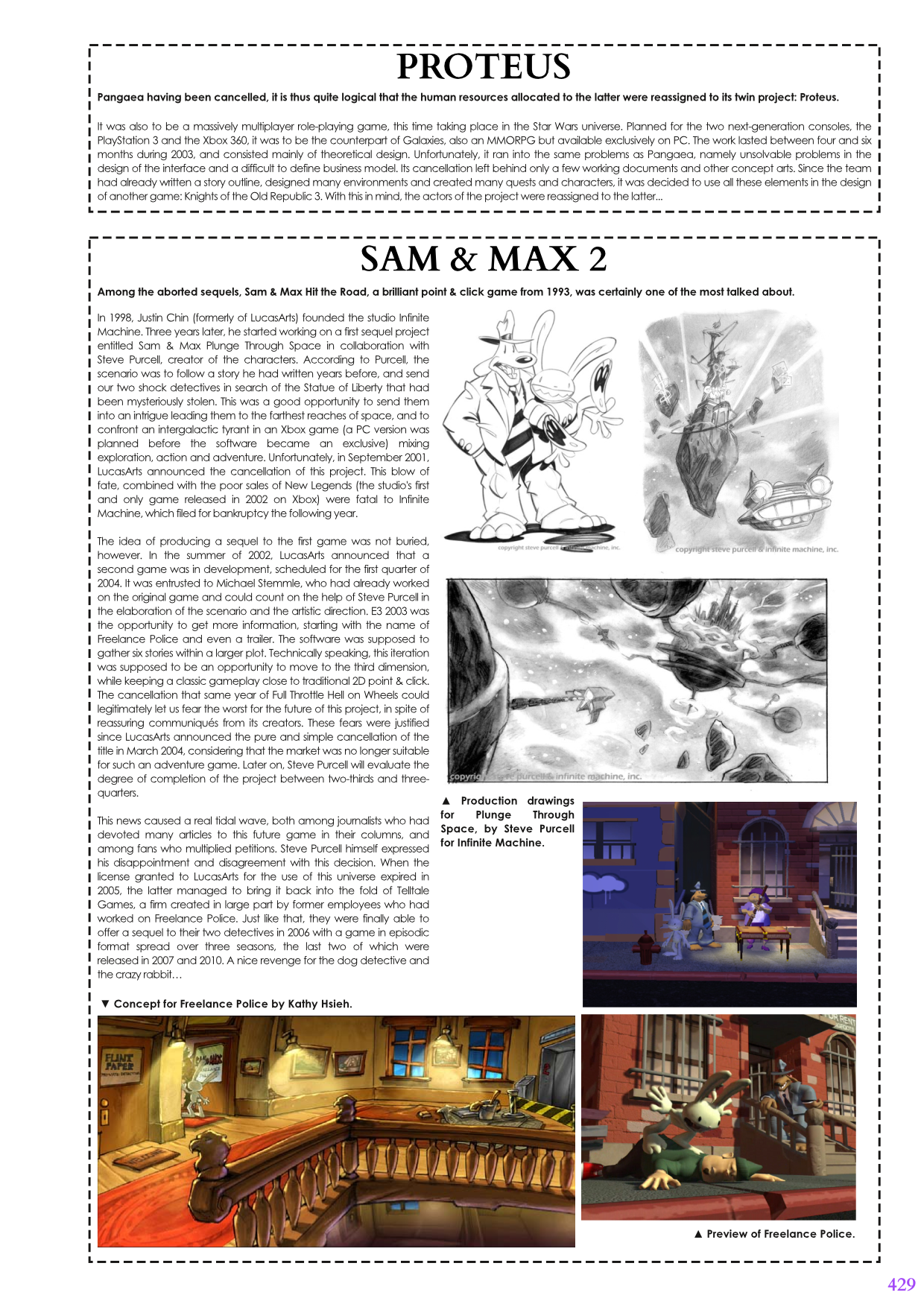