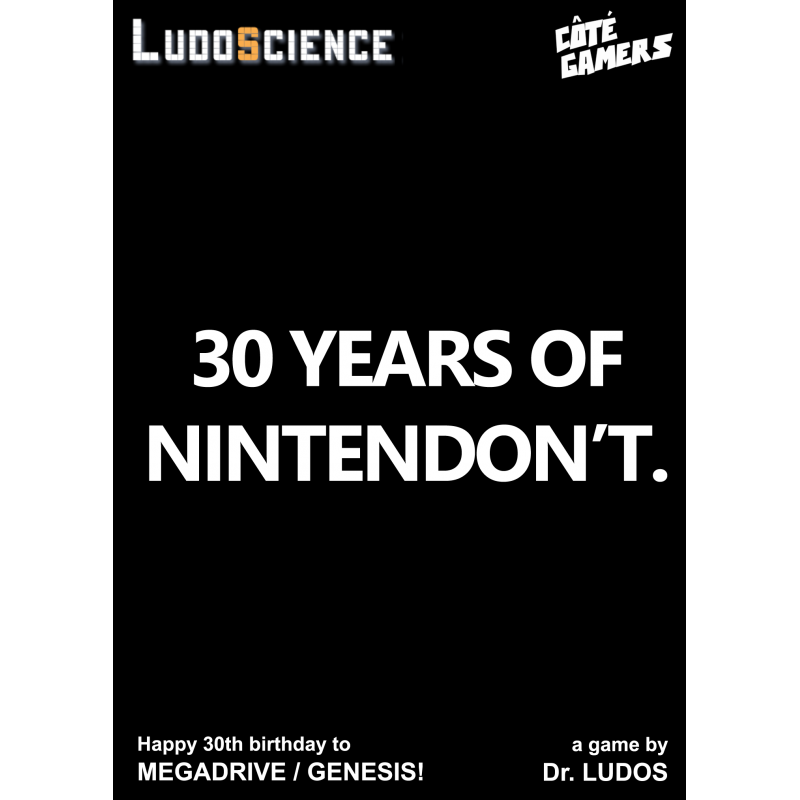 The Mega Drive / Genesis turns 30 years old! To celebrate this birthday, Coté Gamers is releasing a cartridge with 3 brand new games:
- 30 Years of Nintendon’t: use your knowledge of the Mega Drive / Genesis to convince players that it’s way better than the NES and the SNES!
- Break An Egg: juggle with eggs to guide them to safety without letting them fall off!
- MeteoRain: will you be quick enough to avoid all the meteorites?

With this compilation, you’ll finally be able to say that your "Genesis Does!” 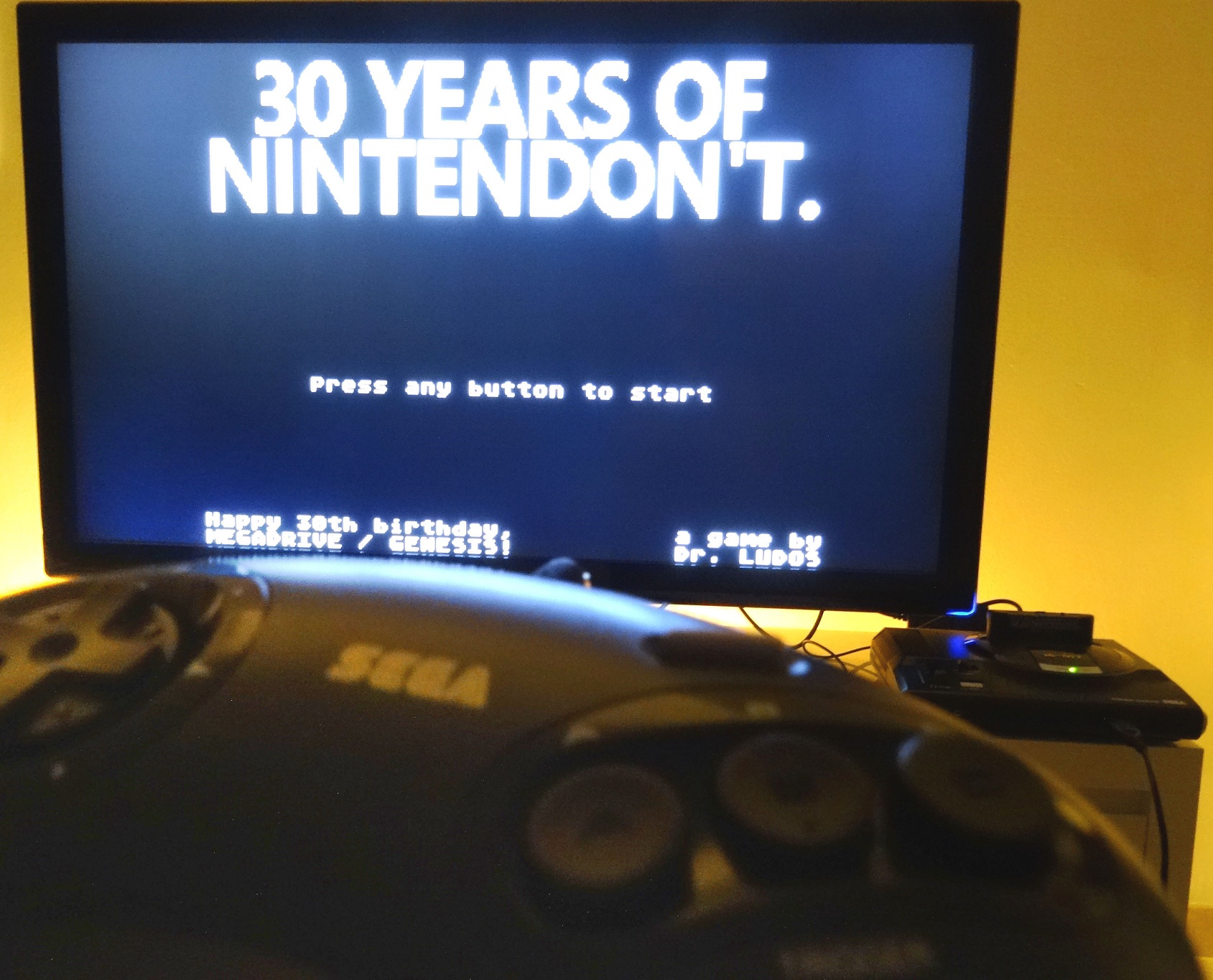 30 Years of Nintendon’t for your Sega Genesis / Mega Drive !

Warning: this is a pre-order. The development of the games and their packaging (boxes, postcards) is already completed. However, in order to know how many units we must manufacture, we are launching a pre-order for the game. This is the only way we can be able to release retro games in such small batches.

By ordering today, the game will be shipped to you in December 2019. The only way to be sure that the game will join your retro gaming shelf in to pre-order it today! Indeed, it's very unlikely that we will have extra copies left to sell on the store outside of this pre-order.

As a Sega evangelist, you'll have to convince players to leave their NES console and avoid the SNES because "Genesis does what Nintendon't". How much market share can you earn thanks to your knowledge of the Megadrive / Genesis games library? 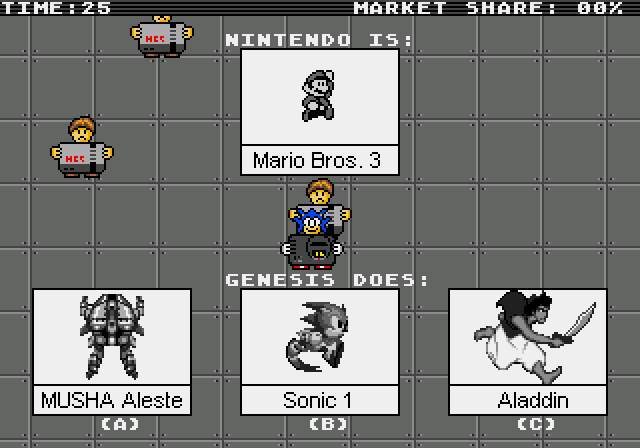 If you’d like to try the game before buying the cartridge, you can play it for free here

In 1988, SEGA released the Megadrive home console in Japan. In 1989, the machine was released in the USA under the name Sega Genesis. To convince players that the 16-bit Megadrive / Genesis was better than the then-ageing Nintendo NES console, Sega created ads with a brilliant headline: "Genesis does what Nintendon't". "30 Years of Nintendon't" is a tribute to the Megadrive / Genesis console and this wonderful marketing campaign.

Eggs are falling from the sky!
Move your chicken to make them bounce into the basket.
If an egg touches the ground, you loose!
How many eggs can you rescue?

If you’d like to try the game before buying the cartridge, you can play it for free here

Meteors are falling from the sky!
Avoid them to make an high score!
How long can you survive?

The final version of this game is not yet available freely on the Internet, so you’ll be the first one to play it if you buy the cartridge!

The three games come on a high-quality cartridge packaged inside a beautiful plastic-box, like all the Mega Drive / Genesis games from the 90’s. Everything is built with new components, there is no sacrifice / reuse of vintage games. And we use top quality suppliers: Second Dimension for the cartridges, CustomGameCases for the boxes. 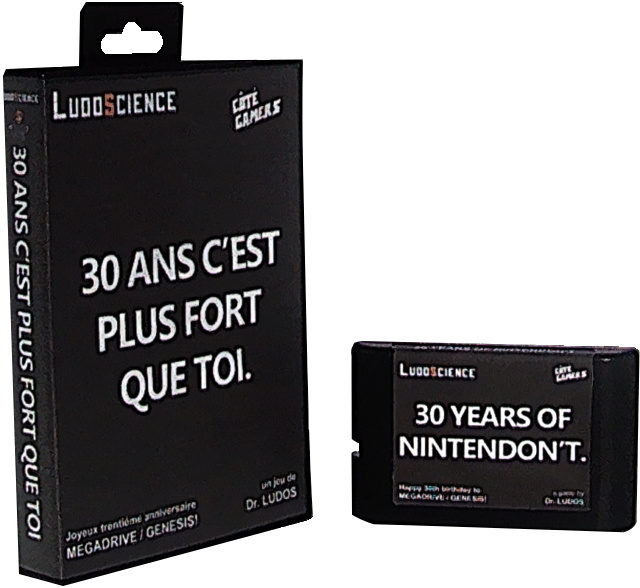 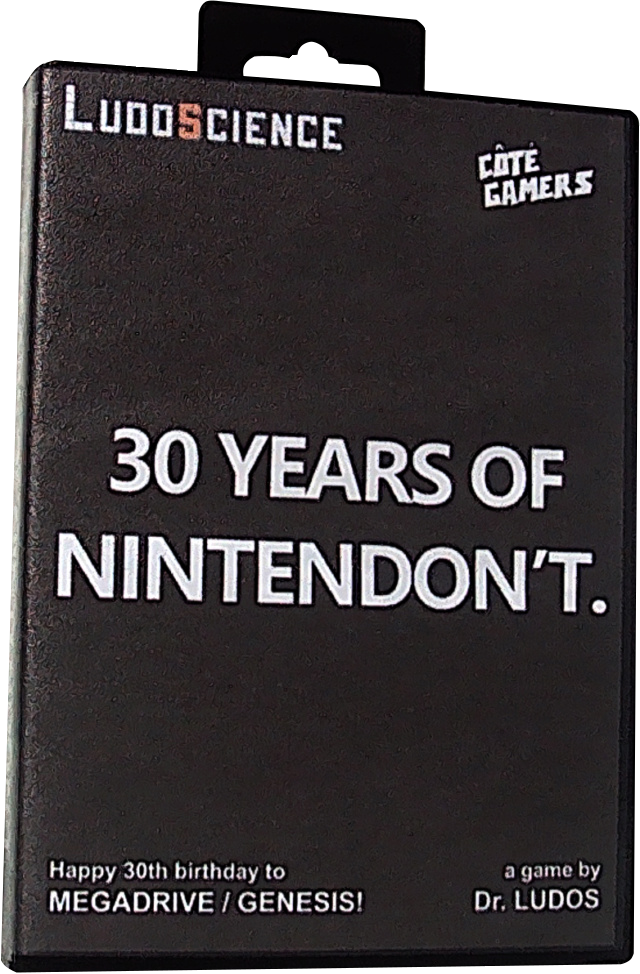 *IMPORTANT : visuals are only mock-ups. The final version will show perfect blacks. 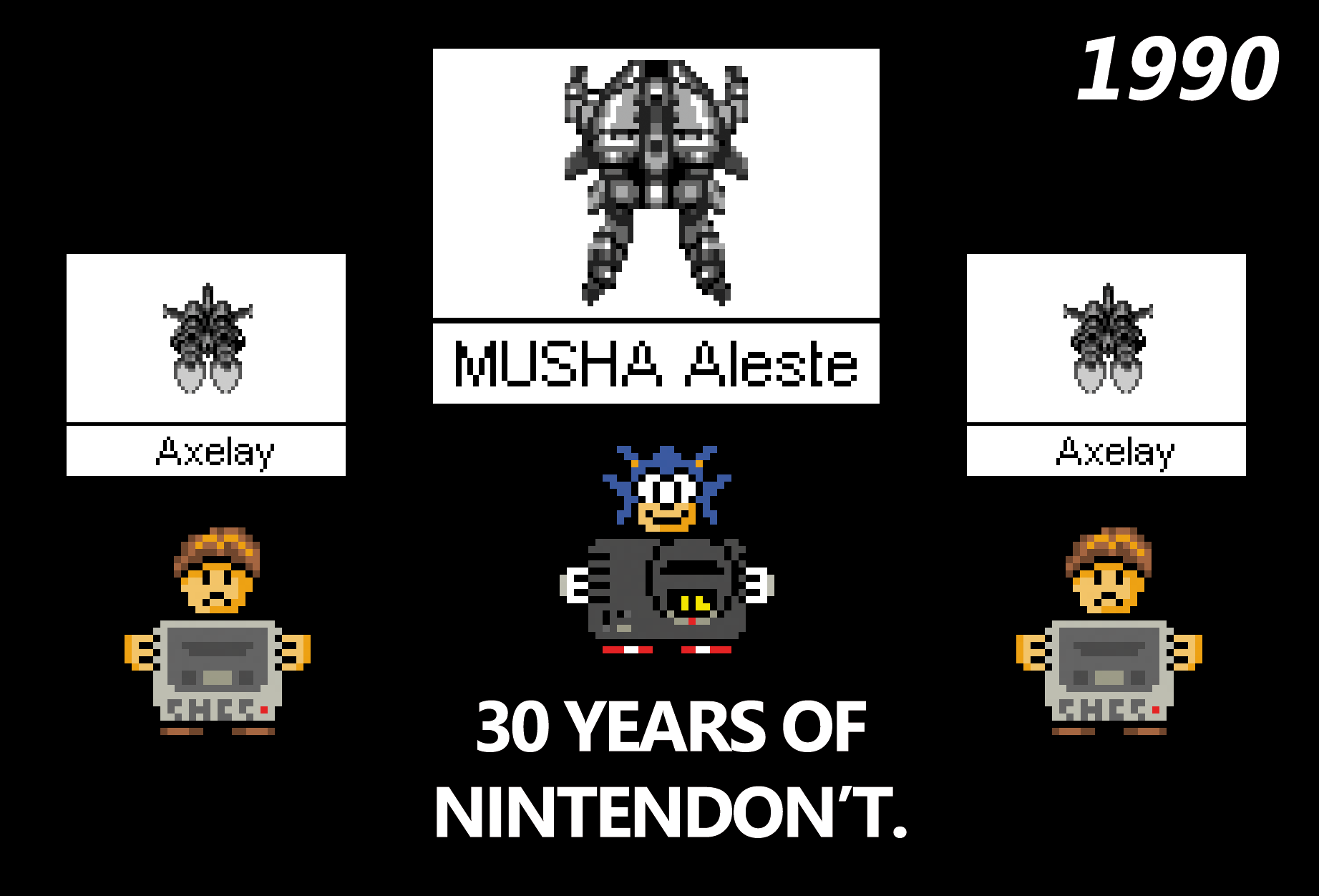 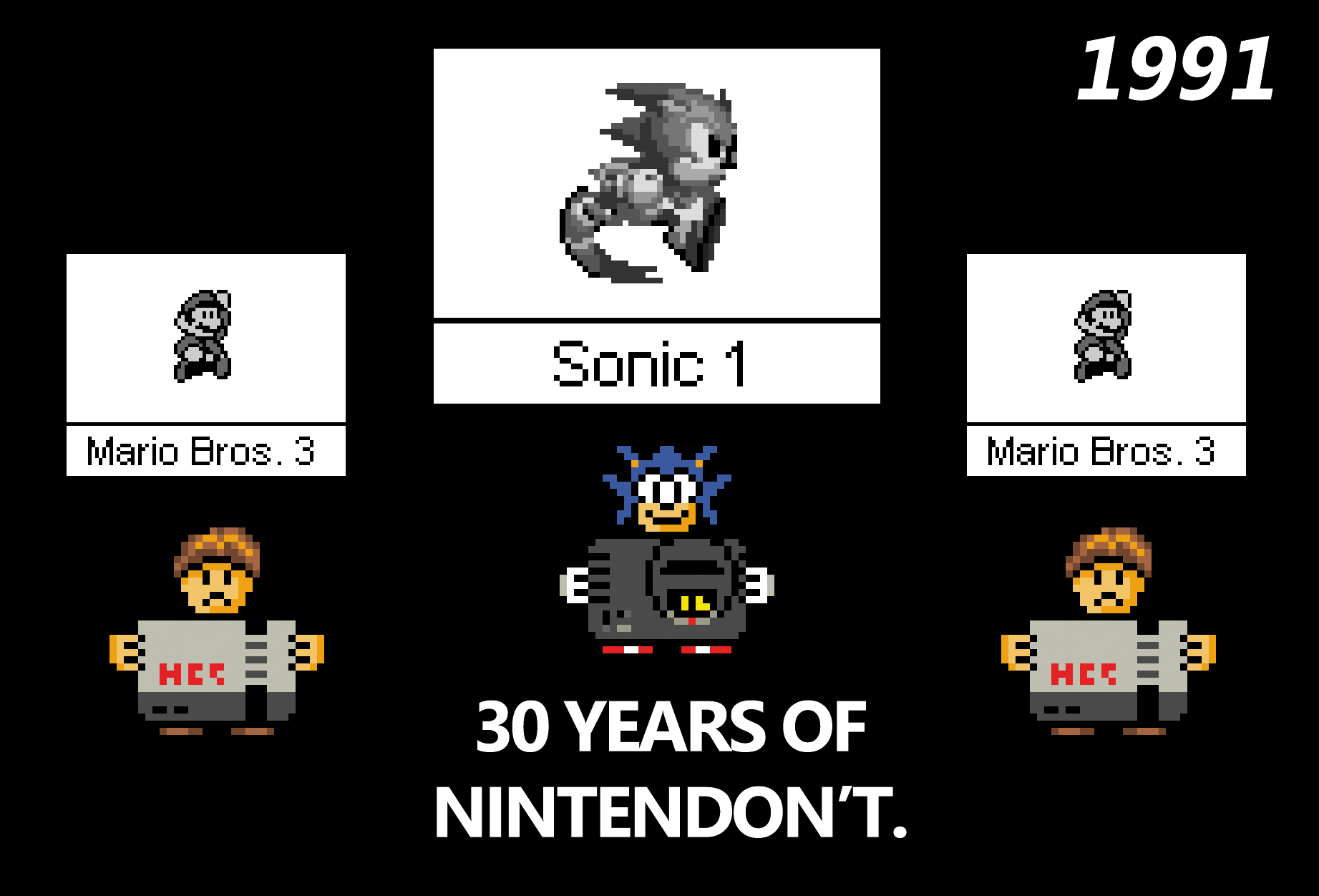 You’ll also find "challenge cards" with our current highscores for each game, plus two extra cards with historical information and even an easter egg! 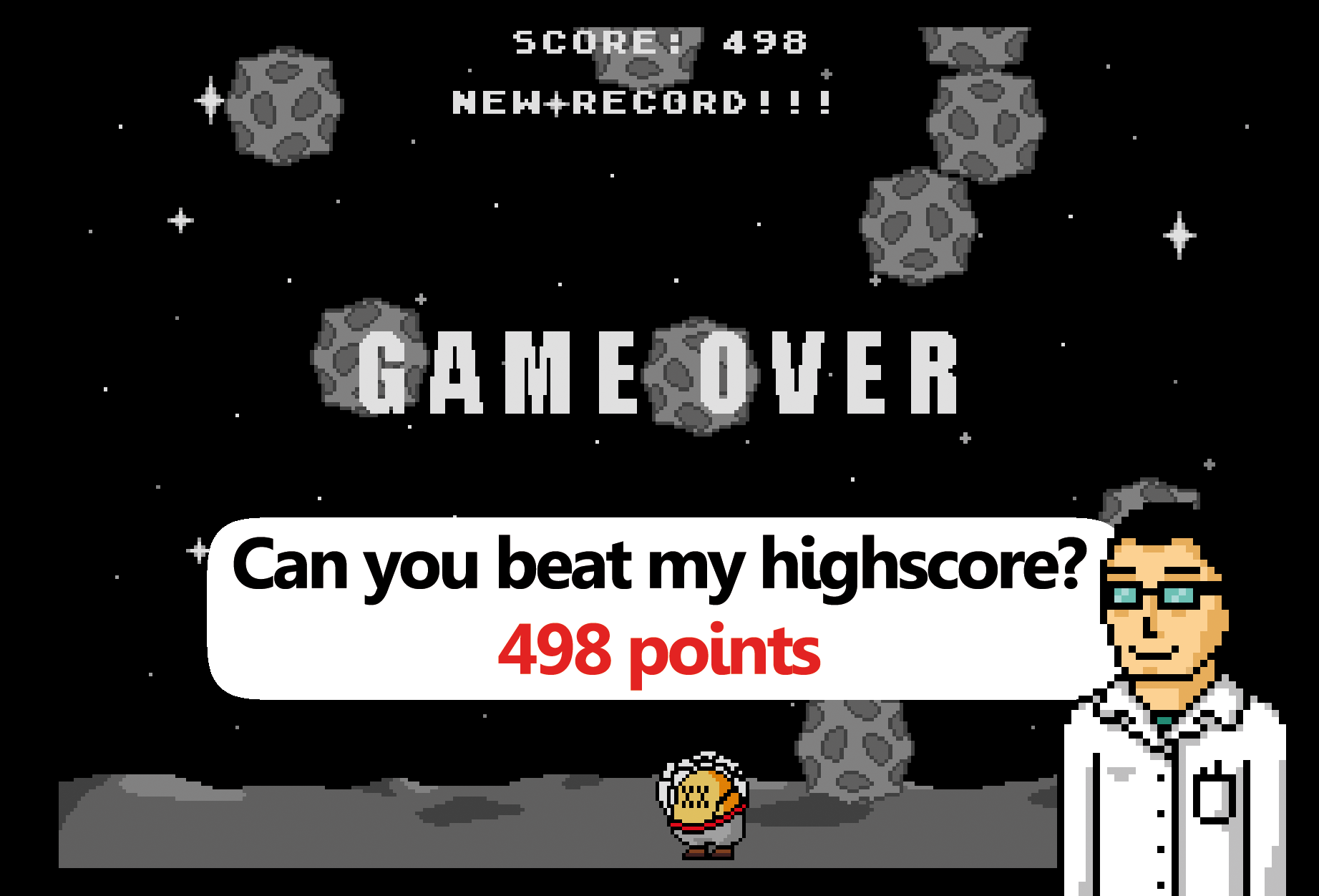